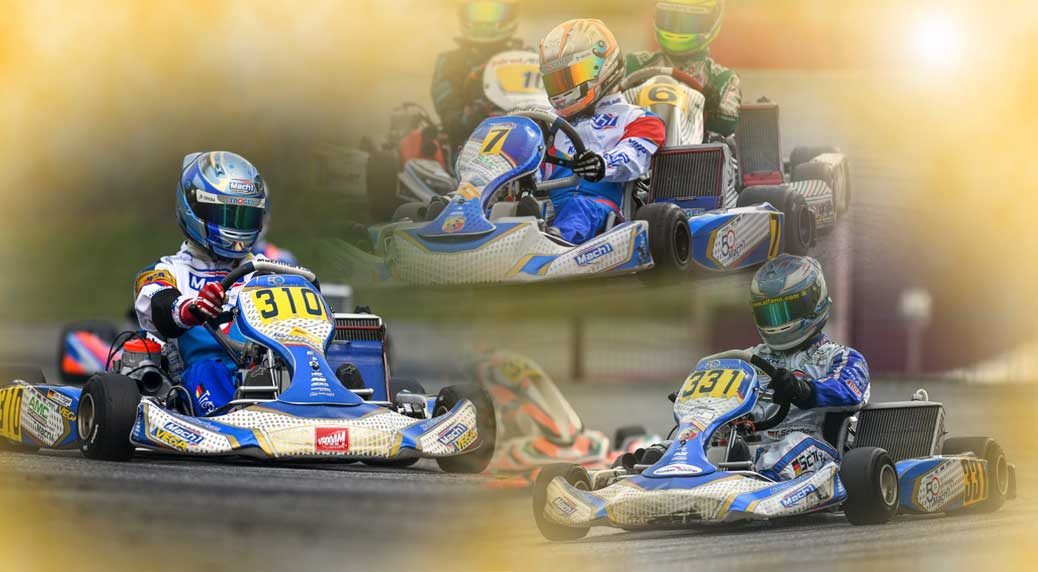 This past weekend, the season of the German Kart-Championship ended at the Schweppermannring in Ampfing. The German kart manufacturer Mach1-Kart started with three pilots and looks back on a successful year.

The 2019 season began with a bang. Tim Tröger promptly celebrated the victory at his debut in the DMSB-Shifter-Kart-Cup and was also placed in the top field in the other races. On the 1,063-meter-long circuit in Ampfing there was now a showdown. Nearly 150 riders competed in the final, while alternating weather caused difficult conditions.

Tim was again one of the front-runners and underlined his ambitions with the fastest lap in the heats and sixth place after the pre-finals. From twelfth starting position, however, he was stuck in the chasing field in the final and was finally waved off in 13th place. In the final, however, there was no reason not to be happy. Being placed in eighth place he made the jump into the top ten and was one of the most successful newcomers. In addition to Tim Tröger, his name-fatter Tim Schröder was also present. He also made the jump into the final and finished the season in the DSKC with a 26th place.

After already good performances at the ADAC Kart Cup and the ADAC Kart Masters, newcomer Niels Tröger met the international competition at the German Kart-Championship. In qualifying Niels still struggled with the difficult conditions from the heavy rain showers that had submerged the track. In the two heats, however, he advanced to eleventh position and thus improved to 13th place in the intermediate ranking. Sunday began with little happiness. A failure in the first race threw him back to the end of the field. In the second round, he fought his way forward and was within reach of the top ten.

Team leader Martin Hetschel positively concluded: “We can be quite satisfied with the year. Even though our team strength was not the greatest, we developed well and celebrated a victory. For Tim it was the first year in a shift kart, I expect a significant increase in 2020. Niels quickly got used to our kart in the OK class. We want to attack with him in full next year.”

Tim Tröger, Niels Tröger and Julian Müller will also compete for Mach1 Motorsport in the DKM in 2020. In addition, two more places are available. Interested drivers can contact Mach1 Motorsport directly at www.mach1kart.de.