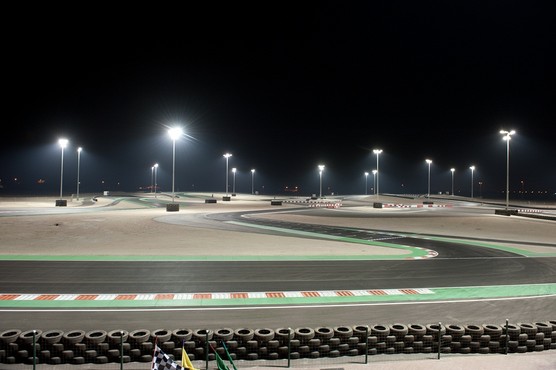 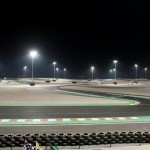 A special challenge awaited Mach1 Motorsport at the final of the CIK-FIA U18 world championship in Bahrain. At the season’s sole race abroad, they had to manage not only the logistic challenge but also the circumstances of a night race. Both drivers, Randy Berglas and Lukas Korsch, experienced a mixed racing weekend though.

The brand-new track close to the Bahrain International Circuit belongs to the most modern tracks in the world due to its novel layout and some demanding passages. It thus demanded a great deal of the drivers. Additionally, the races took place in floodlight for the first time. Numerous spotlights lit up the 1.414m track and caused a unique air.

Randy Berglas from Switzerland felt comfortable right from the beginning and was able to drive in the forefront during free trainings. He even managed to end the first day with a top time. After these great results he legitimately hoped for a top placement in the finals. But a decreasing performance of his unified engine gave him a hard time. Randy became slower and slower and wasn’t able to tie in with his great results of the previous day. In the end, he qualified for the finals on 26th place and ended the day on a good 18th place among the U18 world championship’s field which consisted of 50 drivers. “Randy has shown a great performance throughout the weekend and would have been able to end up among the best if it hadn’t been for his technical difficulties. Unfortunately he didn’t have enough luck in the end,” team leader Martin Hetschel tried to console his junior driver.

The second driver, Lukas Korsch, entered new territory and wanted to finish his first international season on a positive note. But an engine damage during training cost him valuable time. Nonetheless, he managed to steadily increase his performance and temporarily achieved remarkable times. Similar to Berglas, Lukas had to deal with power fluctuations and engine problems and had to end his weekend by placing in midfield at the B-final.

“This weekend has been a very special event for all of us. The track is very modern and the races in floodlight are very special. Unfortunately, our conclusion is still a negative one. The idea of equal opportunities at the U18 world championship is currently suffering due to the relatively high differences in quality of the unified engines. Additionally, the unified carburetor calibration complicated our work under these very different circumstances from 35°C in the afternoon to cool temperatures throughout the night,” said Martin Hetschel critically.

After this season highlight, the next challenge is already waiting for the chassis manufacturer. In a few days, the Rotax Max world final will start in Portugal, at which Mach1 Motorsport will be providing the uniformed chassis for the DD2 class for the first time.