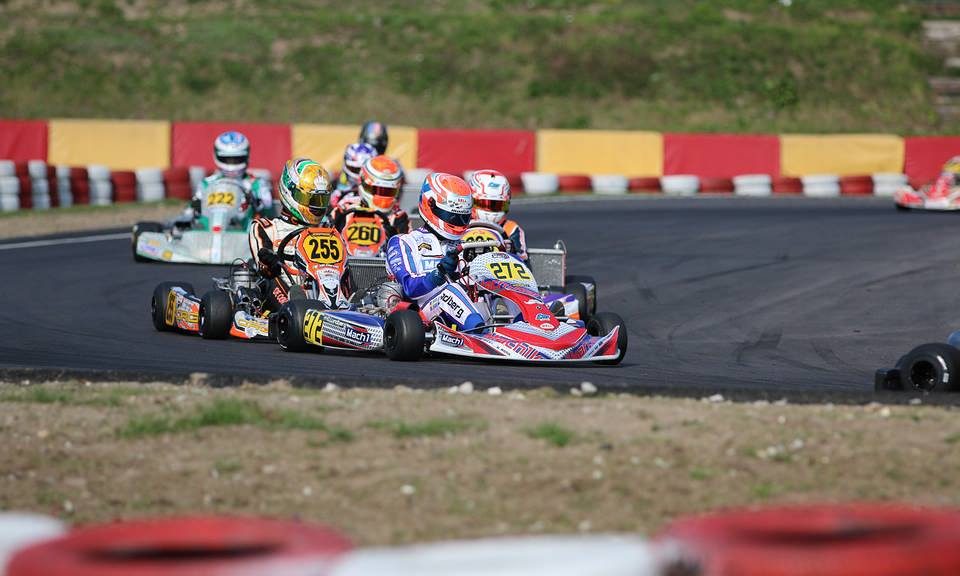 German kart manufacturer Mach1 kart met a strong field of participants at the kick-off to the German Kart Championship in Wackersdorf. Factory driver Douglas Lundberg drove among the forefront at the DSKM and is on third place on the overall list of rankings.

Only a week after the CIK-FIA KZ1 European Championship, the next highlight was waiting for Mach1 Motorsport. The kick-off to the German Kart Championship took place at the Prokart Raceland Wackersdorf. The highest German kart racing series impresses with strong fields of participants this year – 140 drivers from 23 nations started there.

Swede Douglas Lundberg was Mach1’s spearhead at the royal league DSKM. He was already able to underline his ambitions during qualifying with a fourth place and only three hundreds of a second backlog to the first driver and was able to continue his performance during the heats. The vice champion of 2014 achieved second and fourth places. During the final races he even fought for victory and was able to keep up with the world’s best kart drivers. He collected championship points by coming in fourth and sixth and is currently on the overall third place. “We’re very content with Douglas’ performance. We’ve only been working together for a short time and are on the right track. He feels comfortable with us. If things continue like this we are going to be able to fight for victories”, praised team leader Martin Hetschel.

Next to Lundberg, Jordi van Moorsel from the Netherslands and Pole Pawel Myszkier also started. While the latter unfortunately had to bow out of both final races, van Moorsel crossed the finish line on the 16th place after a great catching up race from way back and also collected championship points.

The DMSB Shifterkart Cup is a new part of the DKM and provides a good addition to the top league. Four ambitious drivers started there and showed their potential. Toni Greif led the internal ranking. Marco Forrer, Tim Schröder and Thomas Neumann showed solid performances as well and established themselves in midfield. “The new Championship is a great solution for the drivers who don’t drive karts every week. The standard is high too. Our drivers have presented themselves well and are going to drive even farther at the front throughout the course of the year”, added Hetschel.

Cameron Boedler started as a soloist. The German-Brazilian celebrated his debut at the German Junior Kart Championship and ended up behind his own expectations by coming in 28th at qualifying. During the course of the heats he was able to drive forward though and had a good starting position for the final races on 15th place. He lost some ground after the start of the first race though. During the 17 laps he fought his way forward again and ended up on 16th place. Unfortunately his weekend ended with a falling out during the second race. Nevertheless, Martin Hetschel wasn’t disappointed: “After a short break it’s great to have a junior at the start again. We had to learn a little in the beginning. Everything is new to Cameron but he did really well.”

The team is already going to travel to the next race in a couple of days. The kick-off to the ADAC Kart Masters is going to take place on the Hunsrückring/Hahn.