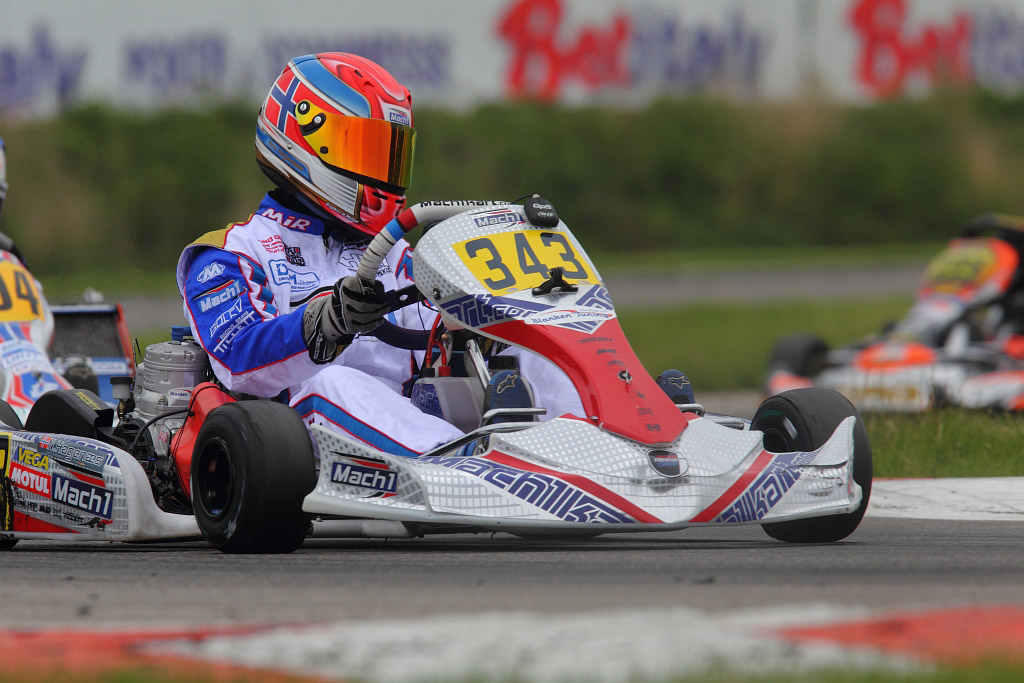 Contemplative Ortona, located right at the Adriatic Sea, was the location of the final races of the CIK-FIA KF & KFJ European Kart Championship last weekend. All in all, 120 participants from more than 32 nations started at these races, among them Mach1 Motorsport. Both drivers John Norris and Nicolai Hagenaes achieved entering the finals due to great performances.

The race on the 1.600m long track could hardly have been more thrilling. Strong sunshine and high grip conditions demanded a lot of drivers and materials. This was no problem for Irishman John Norris and his Mach1 Chassis though. After a lot of bad luck at the first race in Alcaniz, Norris wanted to end the weekend with a good result this time. By achieving 23rd position during qualifying, he already showed a good start and was able to establish himself in the front field during the heats. By driving off the track a little twice he lost a couple of positions though, but was able to demonstrate his possibilities with a 5th and a 9th place and ended up on the overall 25th position. 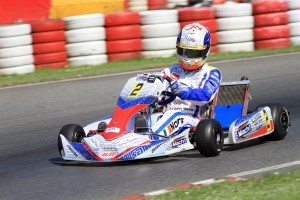 The pre-final started excitingly: John was involved in a collision at the start and fell back to the end of the field. Due to a courageous performance he was then able to fight his way forward again and was able to achieve entering the finals as 14th driver. “What a race”, rejoiced Norris at the finish line. He started into the final accordingly highly motivated and was able to gain a couple of positions once more. At the finish line, Norris was on the excellent 17th place. “I have attacked very strongly during the first laps, which is why my tires got too hot and I had to slow down a bit”, Norris explained afterwards. 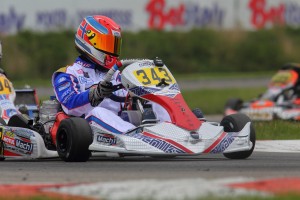 Junior Nicolai Hagenaes experienced ups and downs. During qualifying and the heats, the Norwegian didn’t seem to find his rhythm and stayed far behind his own expectations by ending up on 53rd place. But there was no sign of surrender: “I will attack fully during the pre-final – my goal is entering the final.” No sooner said than done! Nicolai drove an incredible race and fought his way forward up to 14th place. Thereby, he entered the junior final and was accordingly happy. “Everything fell into place at the right time. Everything went perfectly and I’m very happy to have now entered the big final race.” But this came to an end much sooner than he’d hoped for. During a spectacular starting phase, Nicolai was involved in an accident and had to end the race prematurely.

“That was really annoying”, said team leader Martin Hetschel afterwards. “Despite this, we can be very content though. The conditions were tough and the fields were very close together. No error was permitted. We have done a really great job here. Our Chassis has worked perfectly even under these high grip conditions”, continued Hetschel.

The next big performance of the Chassis manufacturer from Brackenheim will take place on the first weekend of August. Mach1 Kart will be equipping a 6-hour-long distance race in Kerpen then. 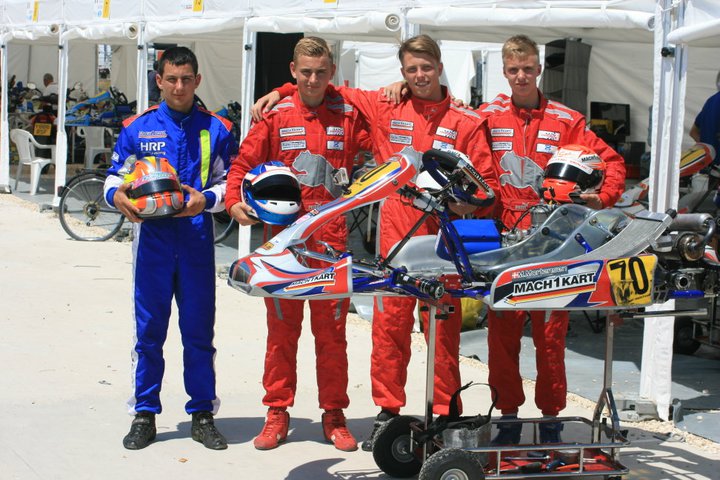 Last weekend Mach1 Kart started as one of 15 chassis manufactures at the CIK-FIA U18 Karting World Championship in Ortona (Italy). In exciting races the four drivers could impress und two of them finished the finals into the top-ten.

“A great weekend”, says Mach1 Motorsport team boss Martin Hetschel. Even in the free practice sessions on Friday the four pilots, Lucas Speck from Germany and the Danes Nicolai Nielsen, Martin Mortensen, and Jannick Flygenring, were very fast with their FIA9 chassis. In the qualifying the quartet confirms his performance. Fastest guy was Lucas Speck on position four with a gap of two tenth to the pole position only. Nicolai Nielsen followed directly behind Speck on rank fifth ahead of Martin Mortensen on position 13. Bad luck had Jannick Flygenring, carburettor problems stopped him and he was only 43rd.

In the following four heats it was very important to finish the races without any big mistakes, because only the best 34 of the 80th participants were qualified for the finals. The best races showed Lucas Speck, the German wins two heats and ranked at the end on place eight for the first pre-final race. The second best pilot was Nicolai Nielsen as 22nd before Fygenring and Mortensen at the positions 29 and 30. Martin Hetschel was very happy after the races. “You can’t present your products better.”

The two pre-final races were very spectacular. The first round started with the normal grid and the second in opposite. Martin Mortensen showed the best show and was eight before Flygenring on eleven, Speck on 13 and Nicolai Nielsen in Position 27th. For the German Lucas Speck the races were very difficult. He had problems with his engine and couldn’t attack full.

After the great show in den two pre-finals the four Mach1 guys were counted to the favourites. Martin Mortensen was third for a short time. But one participant dropped him out and he must finished the race. Flygenring and Speck had however a flawless race and taken a great fifth and eight place. For Nielsen it was hard to fight from starting position 27 through the field. After 19 rounds he reached the finish line on rank 18.

Team boss Martin Hetschel was very excited at Sunday night. “All in all I am very satisfied with the results. Two drivers in the top ten of the world championship standings and all Mach1 Kart pilots are qualified for the final, that’s fantastic. Now we look forward to the next round in late August in France. ”