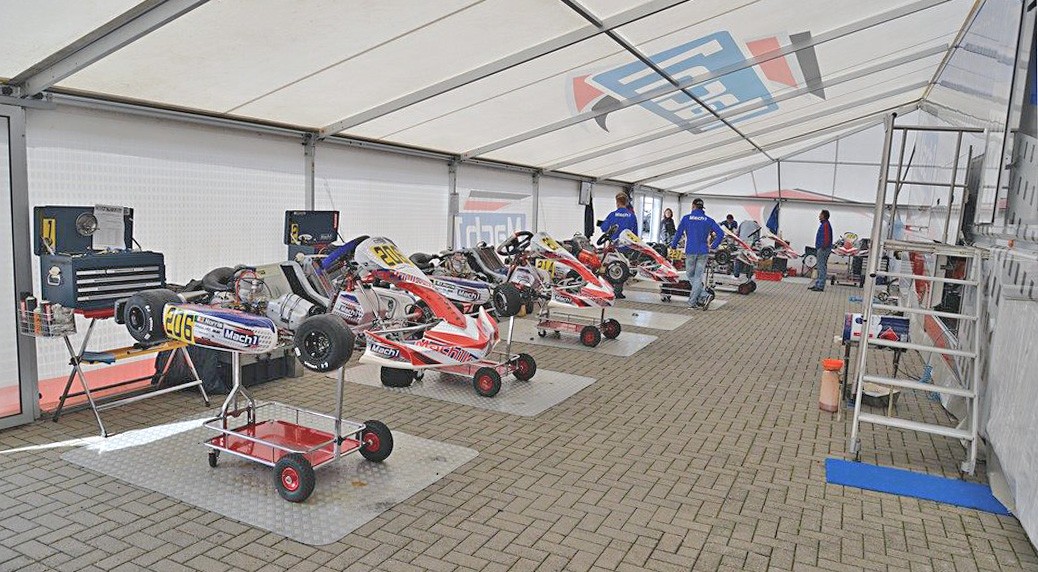 German chassis manufacturer Mach1 kart defied the adverse weather conditions last weekend at the fourth race of the German Kart Championship in Oschersleben. At the shifterkarts the drivers drove among the top ten und achieved a great yield.

The Mach1 kart factory team drove to the second-to-last race of the German Shifterkart Championship in Oschersleben with five drivers. At the etropolis Motorsport Arena the drivers experienced exciting races then. Heavy rain, wind and cool temperatures challenged the drivers. The German Mach1 chassis was very comfortable in these conditions.

On eleventh place Irish John Norris led the in-team ranking on Saturday evening. Weakened by the flu he wasn’t able to tie in with his usual performances and had to deal with two fallings out during the final races though. Pole Pawel Myszkier stepped into the breach for him: During his second race for Mach1 kart he drove among the top positions and was temporarily on a cup rank during the second final race. He lost a couple of positions in the end, but experienced his best weekend of the year so far due to sixth and seventh places and improved his position on the overall list of rankings to 12th place.

Marcel Schultheiß ended up in the top ten twice as well. From 26th starting position he fought his way forward to eighth place during the first final race and confirmed his result during the second race as well by coming in ninth. Thomas Neumann was really happy as well: After quite a long kart break he came back this season and celebrated his first top ten result in the top-class of kart racing in Oschersleben. During the first final race he fought his way forward from 24th place to tenth position. During the second race he proved that his result wasn’t a one-time thing. Coming in 12th he was really close to the top positions again.