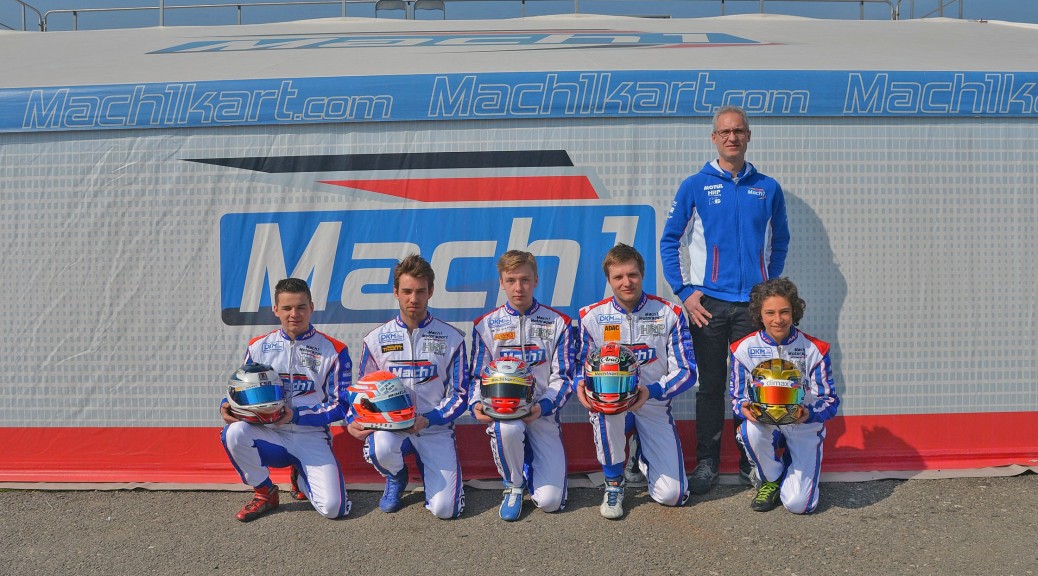 German chassis manufacturer Mach1 Kart experienced a successful season beginning in Italian Lonato. At the 27th Trophy Andrea Margutti the team drove among the front field of the international competition and was among the victory favorites in the shifterkart class.

After a long winter break, the kick-off to the 2016 season happened on the South Garda Circuit for Mach1 Motorsport. The team competed at the 27th Trophy Andrea Margutti with five drivers. This time, 158 drivers from 24 nations started overall.

At the shifterkarts, Swede Douglas Lundberg celebrated his premiere as factory driver and was able to impress everyone. After strong free trainings, Lundberg achieved the best time during qualifying and was able to highlight his performance during the heats as well – he finished these on second and third places. A ten-seconds-penalty threw him back during the second heat though, which was why he only started into the pre-finale from 13th place. The European vice champion of 2014 fought his way forward skillfully and came in fourth. During the finale he drove to third position immediately and kept close to the front drivers. He fell back a little towards the middle of the race but fought his way forward to fourth place again until the end of the race, which pleased team leader Martin Hetschel: “With Douglas we have a strong driver in our team. He felt comfortable in our kart from the beginning and impressively showed our potential in Lonato.”

The other drivers did great jobs as well. In addition to Lundberg Jordi van Moorsel, Pawel Myszkier and Marco Forrer also started. Swiss Marco Forrer had a lot of bad luck. Due to a falling out at the second heat he was only on 35th place and had to try to qualify for the finale through the repechage. He had to bow out of this early though and missed his chance.

“Marco has considerably improved his performance during trainings and would have  definitely entered the finale if it hadn’t been for the falling out”, Hetschel praised his driver.

Jordi van Moorsel and Pawel Myszkier managed to qualify directly and established themselves in midfield during both final races. Dutchman van Moorsel showed a strong catching-up race: After a falling out during the pre-finale he was able to drive to 17th place during the finale.

Cameron Boedler started as a soloist at the OK juniors. The German-Brazilian drove his first race in the CIK-FIA class and was competitive right away. He finished qualifying on 25th place and worked his way forward to 19th place during the heats. He came even further during the pre-finale. During an exciting race he just barely missed placing among the top ten by coming in 13th. The finale went thrillingly as well; the juniors showed impressive fights. In midfield, the positions changed every lap. Cameron kept his nerves though and finished the weekend on the great 16th place. “I’m also very content with Cameron’s performance. He already impressed us during the free trainings with his fast times and was able to tie in with this during the races.”

All pictures of the event on our Facebook pages