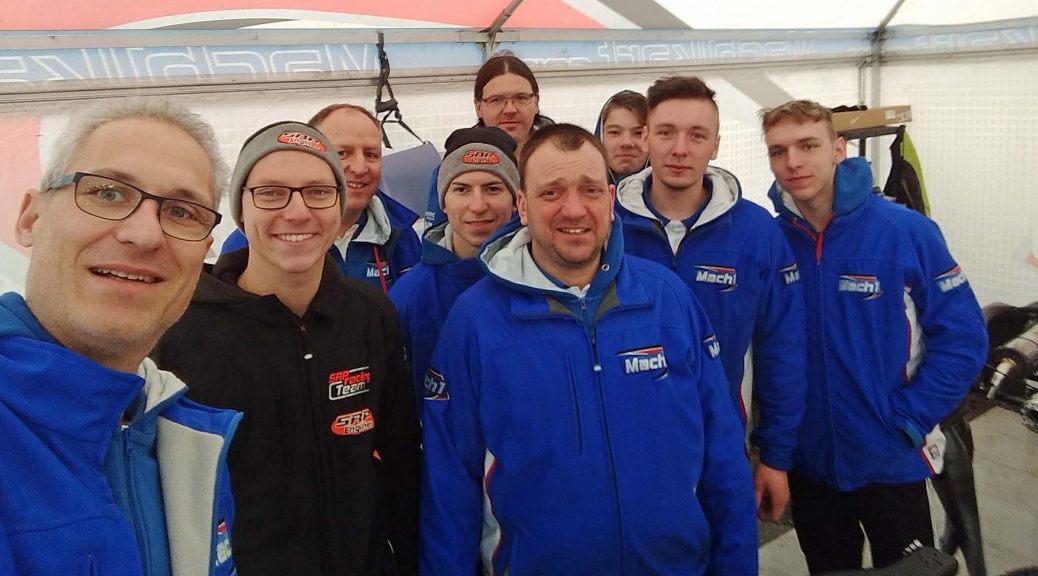 The first event of the year awaited Mach1 Motorsport in Italy from March 9th – 11th. The new Mach1 chassis and the newly homologated brake system were in focus. In the end, the only
German kart manufacturer came to a positive conclusion. All three drivers drove on the front positions among the international field of participants.

There was no time for boredom during the winter months for Mach1 Kart. The manufacturer from Swabia further developed the current FIA5-chassis for the upcoming homologation phase and bound a new factory driver for the OK-category: Tim Tröger.

Now they started at the first event of the year: The venerable Tropheo Andrea Margutti in Lonato. More than 250 drivers from all over the world met on the 1.250m long track on the brink of Lake Garda. Mach1 Motorsport started with three drivers in the classes OK and KZ2. The weather caused additional excitement. During the heats and races it rained heavily and pushed men and machines to their limits.

Newbie Tim Tröger successfully started in the OK-class and already drove among the top ten during the heats. He was able to continue like this during the pre-finale as well and came in seventh despite a time penalty. The Saxon was on his way to the podium during the big final race then, but had to end the race prematurely while being on third place due to a racing accident that wasn’t his fault.

His team mate David Liwinski also drove really well, but had some bad luck during a heat and therefore fell from 10th qualifying place back to 18th place on the interim rankings. He fought his way forward again during the pre-finale and came in twelfth. Due to problems with his carburetor he had to end the final race prematurely too though.

Daniel Stell was among the fastest drivers at the shifter karts the entire time. He made himself known to his competition by coming in eighth at qualifying and was able to tie in with this during the heats as well. His starting position for the final race was ideal due to second, third and fourth places. He started into the first race from the third starting row. A collision and a time penalty during the pre-finale threw him back considerably for the final race though. He then showed his qualities despite the adverse weather conditions and came in among the top fifteen.

Despite the setbacks on Sunday, team leader Martin Hetschel was content with the kick-off: „We can sum things up positively. The new developments on the chassis and the attachments work really well. The drivers’ feedback is positive. Unfortunately the racing luck
left us on Sunday. All three drivers had been candidates for the podium. We’re going to go into the next races highly motivated again though.“

The team is going to drive on German soil from April 6th – 8th. Then, the first race of the ADAC Kart Masters is going to take place in Ampfing.