The Mach1 Motorsport Team travelled to the German Kart Championship’s second event in Bavarian Ampfing with three drivers who presented a perfect performance. Actually, Irish driver John Norris was temporarily in the run for the overall victory.
After their impressive performance at the U18 championship, Danish duo Martin Mortensen and Jannick Flygenring started into the second round of the DKM highly motivated. It was their first time on the challenging track in Ampfing (Bavaria), so they made use of the free trainings to get accustomed to it. After the Heats, both of them had placed in midfield and in the final races came in 16th and 17th respectively.
Irish John Norris on the other hand was in his best form again. Because he already belonged to the fastest drivers in the trainings, it came as no surprise that he ranked 4th after the qualifying. He kept increasing his performance with a 1st and a 3rd place during the heats, which secured him the pole position for the sprint on Sunday morning. “A perfect day”, beamed John in the evening. After a good warm-up he successfully started into the sprint and did a solid race on Sunday morning. He came in fifth place. “I expected a little more grip and therefore needed too much time to reach yesterday’s pace.” In the final race everything came together again and he engaged in enthralling battles. Six laps before the end he promisingly ranked fourth. However, he once ran over the curbs too hard, thereby destroying his brake disc. After a short moment of shock he quickly adapted to his new situation and finished the race using only his front brake. At the finish line he had only lost three positions, proving his outstanding driving skills. “What a pity”, says Norris disappointedly. “The Kart worked perfectly and I was sure to win a place on the podium. Despite this small misfortune I’m still very content.”
Team leader Martin Hetschel was very glad about the successful race as well. “This year is going very well for us. The Mach1-Kart has a great balance and additionally the combination TM/Bolex has a high competitive position. Now all we need to achieve a grand victory is a little bit of luck. Likewise, our drivers are constantly improving their performances and we’re now looking forward to the ADAC Kart Masters in Wackersdorf.” 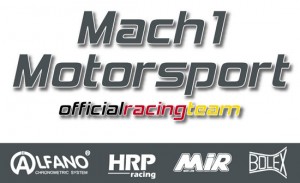