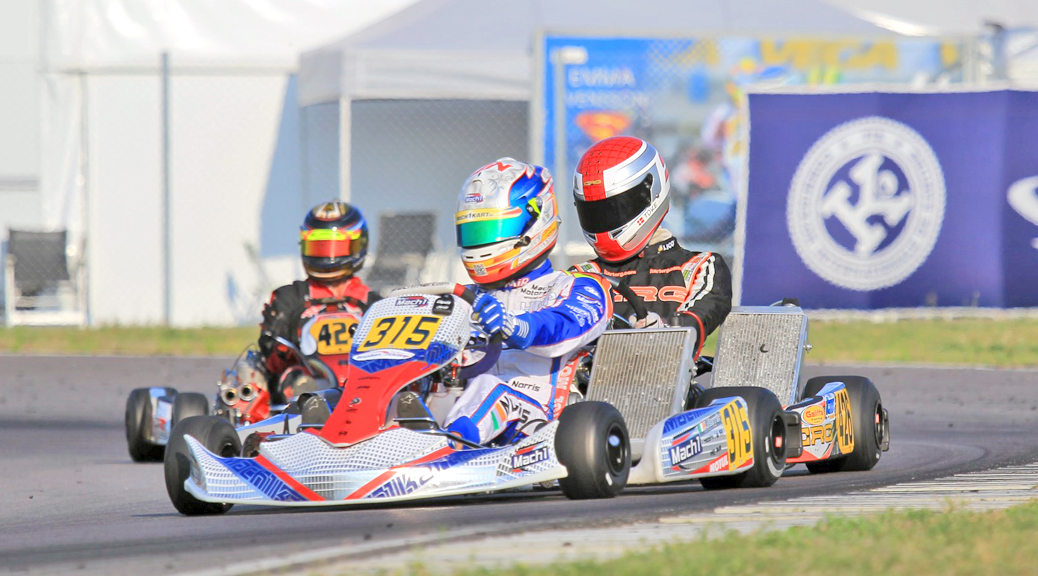 Even though the finale of the CIK-FIA KZ2 European Championship in Sweden didn’t go according to Mach1 Kart’s expectations, the chassis manufacturer was content in the end. By achieving ninth place on the overall list of rankings, they proved the potential of a Mach1 chassis.

More than 80 drivers started at the three racing weekends of the CIK-FIA KZ2 European Championship in Genk, Wackersdorf and Kristianstad. After two great events, Mach1 Motorsport and John Norris travelled to the big finale in Sweden confidently. Having achieved second place in Wackersdorf, the team also wanted to show a great performance on the Asum Ring in Kristianstad.

The team had problems with the new track and the mandated Bridgestone tires though. “We couldn’t find a fitting setup”, explained team leader Martin Hetschel. The Irishman was able to continuously improve his performance up to qualifying though and secured the overall 19th position. Things didn’t go so smoothly during the heats though. Rapidly decreasing tires caused John to slow down. By achieving ninth, eleventh, twelfth and 13th positions he had still been able to fight his way forward though. Unfortunately, he lost his ninth place due to an exclusion from the ranking and therefore had to enter the repechage. “Unfortunately the team has made a mistake here, now we’ll have to fully attack during the repechage”, said Martin Hetschel in the evening.

With new tires, John had his first good performance of the weekend and drove the times of the best five drivers. From 13th starting position, he fought his way forward to seventh place

and just barely missed entering the final at the finish line due to three tenth of seconds. “Of course we’re disappointed. After the second place in Wackersdorf we had high expectations. Somehow it wasn’t meant to be this time”, Hetschel summed up in the evening.

The German chassis manufacturer wasn’t discontent with the course of the European Championship though. “We’re on the great ninth place on the overall list of rankings, which is the best result in a couple of years. We were able to show the strengths of our racing materials under diverse conditions.”

John Norris will now start at the German Shifterkart Championship, which is going to take place from August 16th-17th at the etropolis Motorsport Arena Oschersleben.