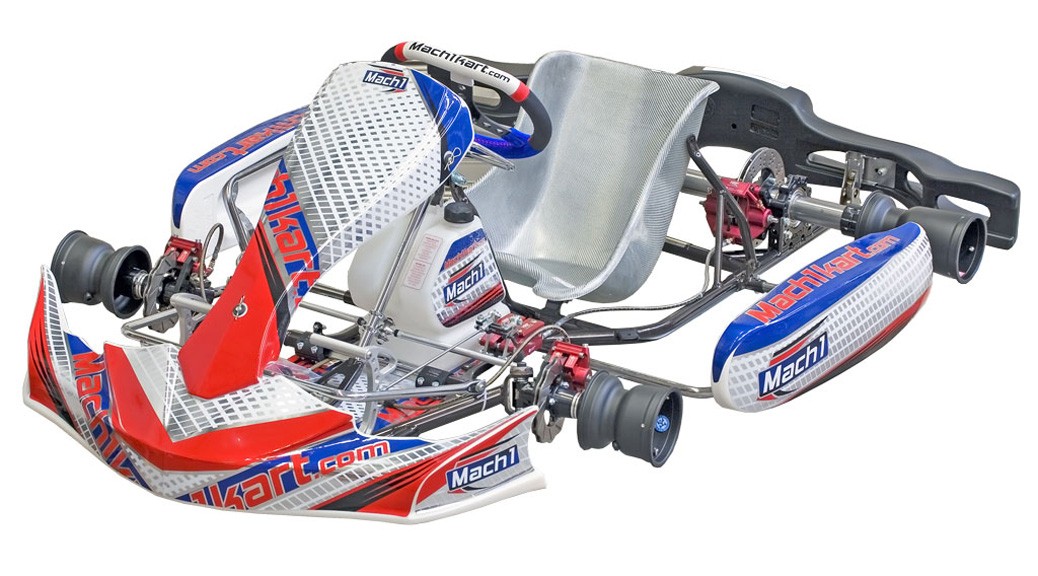 At the end of the year 2014, Mach1 Kart was able to look back on a successful season and is already working on the continuation of this in the future. In addition to a new chassis called Mach1 FIA5, the Swabians presented a brand-new brake system for the shifterkart classes and numerous detail improvements regarding the attachment parts.

The year 2014 has been a good one for the German chassis manufacturer. The team from Meimsheim was able to impress nationally as well as internationally and celebrated a huge success due to the X30 Shifter overall victory at the X30 International Final in Le Mans. Additionally, they achieved second place at the KZ2 EM-run in Wackersdorf. At the German Shifterkart Championship, the team drove in the forefront as well.

Mach1 Kart wants to grow further next season and is creating the basis for this with the newly homologated chassis FIA5 A01. The model was developed completely new with help of modern computer simulation and has been optimized during numerous test drives. It has got an even better handling than its forerunner – also new are CNC-routed aluminum pedals and lighter cover parts.

After first test drives Martin Hetschel was excited about the performance: “A really great chassis. The kart is even easier to drive and provides a high precision on varying grip conditions.”