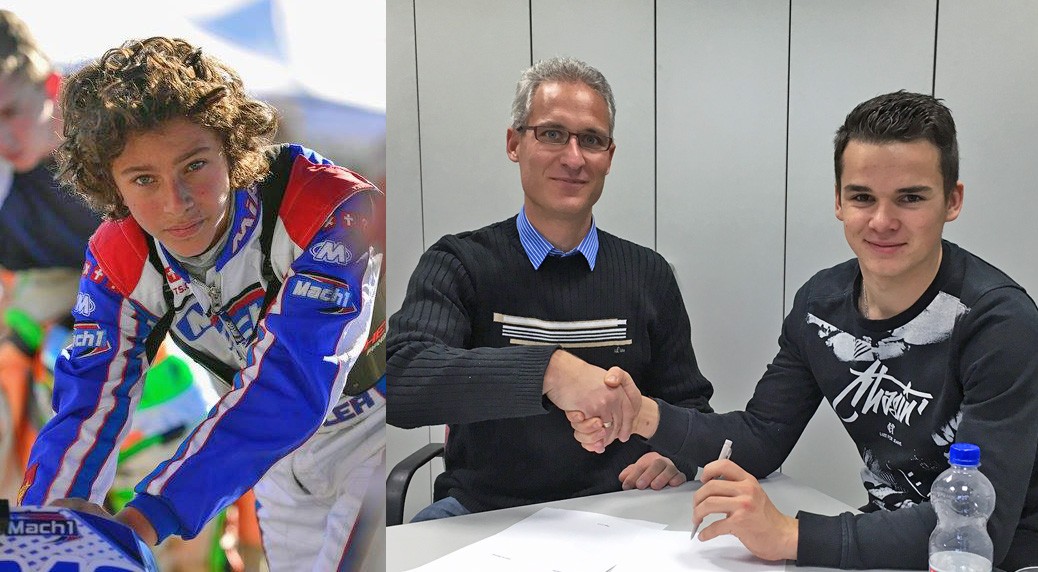 In addition to the current drivers of the Mach1 Motorsport team the German-Brazilian Cameron Boedler will compete the new OK-Junior and the Dutchman Jordi van Morsel in KZ2 next year.

In addition to the regular drivers Thierry Delre, Pawel Myskier and Marcel Schultheiß, Jordi van Moorsel will participate in 2016 at the DSKM, and the CIK / FIA European and World Championships and fight for top placements. In addition, he will probably racing in other categories, the details will be announced later on.

The KZ2 pilots Marco Forrer, Toni Greif and Tommy Neumann will compete in the new DMSB Schaltkart Cup and / or the ADAC Kart Masters and can certainly be top players there.

Rounding out the commitment to the juniors, Cameron Boedler, who already made his debut in the team at the SKUSA Super Nationals in Las Vegas and achieved there already a top result. He will represent the colors of Mach1 Kart in the ADAC Kart Masters and the DJKM in the OK-Junior category.

“We are proud to welcome two talented drivers in our distinguished team,” said team boss Martin Hetschel and continues: “Thus, we now have nine solid pilots for the 2016 season, negotiations with other interested parties are currently underway, we look forward. We are still open for queries in the OK, RotaxMAX and X30 in order to strengthen our forces even here. “