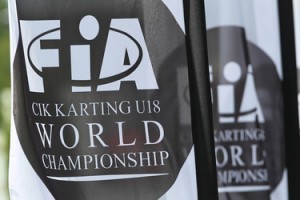 Including races in Portugal,France and Bahrain, the CIK-FIA U18 world championship promises suspenseful karting in 2012 once again. Mach1-Motorsport will be starting as well and is extending attractive offers to interested drivers.

Since its debut in 2010, the U18 world championship has been growing steadily and, next to the KF1 kart world championship, now belongs to the highest ratings in kart racing. The concept has not changed though. Once again, the participants are allowed to request their brand of choice from a chassispool of 18 manufacturers. In contrast, the engines and tires are uniform and will be allotted before every race.

Mach1-Kart has been part of the U18 world championship from the very first minute and has always been able to compete with the other strong international teams. Last year, they won second place at the finale in Italian Sarno and ended the year on the overall positions 12, 17 and 21. The Swabian manufactory has set even higher goals for this season. They were already able to achieve remarkable results at the Lonato Winter Cup  with their new model FIA9 2012 and are now ready for the start of the season in Braga, Portugal (July  6th-8th). “The U18 world championship has assured us during the last two years. There is an incredible power density due to the allotment of the uniform engines and tires. We have definitely been able to satisfy with our chassis and to present ourselves well on the international market”, says team leader Martin Hetschel during a conversation.

Interested drivers can still enter the world championship until March, 30th or until 102 entries have been reached. Mach1-Kart is extending an attractive overall offer and is looking forward to test requests. “The drivers have the possibility of buying or renting the chassis and will furthermore be supported by a first-class technical service on location.”

In addition to the first race of the season in Portugal, the world championship will also take place in Angerville (France) and the Kingdom of Bahrain. It is planned that the CIK will cover the transport costs and air ticket for each pilot to the final race inBahrain.